The tool is created by 888 teams. It’s something I use myself. Today, I’ll show you how to get the advanced version of 888 RAT Download 1.2.4 Undetectetable versions.

This RAT has a lot of features, which is why I call it the “Father of All RATs.” All issues have been addressed in the most recent version.

There are 3 types of OS Supported in the Latest Version of 888 RAT 1.2.4 FUD Privet Version -Windows, Linux, and Android also. Spymax 2.0 / Spymax 4.0 are also Powerful Remote Administrator Tool, but it’s used for Android Security Only.

This Version introduces More Features then other old versions like 888 Rat 1.1.1. It is a Privet Rat that generates FUD Payload for all three operating systems.

The Rat is available for Android, Linux, and Windows Operating systems. There are Many New Features added in this version.

In the builder section, add a label that explains the features.

Hide installation was removed since certain systems do not start the server because the folder is hidden.

You may now utilize Ms17-10. Not only does LAN refer to a wired network, but WAN also refers to a wireless network.

Previously, the add-in Ms17 scanner customer range from to was ranked first.

Some bug fixes include the removal of display IP in ducks and no-IP updaters for security concerns, as well as improvements to concealed information in the options section.

Add a search bar to the part where cookies are stolen.

Added a new persistence technique, Schtasks (the previous VBS approach is still accessible), and now there are two methods available.

In the install zone, remove the server.

In the scanner MS17-010, add detect target time and self IP.

Resolve the GetObjectError for Speaker in the amusing area, as well as the Av name.

Shotcut spread was removed from the builder due to stability and detection issues.

In the infobox, include a Rat Change Log for all Update stages.

Replace the 888 Rat primary icon with a new one.

Add the ability to test the speed of a connection

In RAT, convert Exe to Msi

Add your custom port to be scanned in MS 17-010; formerly, you could only scan 445 ports; now, you may scan whatever port you choose, and status symbols have been added.

In-camera spy android now has an auto screen option, so the camera may be used as a video screen.

Someone claims that Calls Spy is unable to read Indian, Arabic, Russian, and other non-Latin characters; nonetheless, you may now download all calls with a single click.

In the tool section, add Open Url in Browser for Android.

Removed the optimization option from an android builder; now, even when using a lot of power, the server works perfectly without any system stops.

Researchers were able to find three different attack campaigns that used the 888 RAT as part of the delivered payload.

One is being tracked by Spy TikTok Pro, and the other is an operation linked to the Casablanca group. But the latest attack has been going on since at least March 2020 and is aimed at the Kurdish ethnic group.

Attackers used Android version 888 RAT to spy on devices they had hacked. So far, the campaign has been tied to a cyber gang called BladeHawk. BlackHawk made the 888 RAT and, in some small cases, another malware threat called SpyNote look like a legitimate application.

Cyber Experts used special Facebook profiles to lure their victims by posting messages in Kurdish about events that were important to Kurdish supporters. They also sent links to other weapons apps to public Facebook groups with pro-Kurdish leanings. Researchers confirmed that just a few fake posts on Facebook led to nearly 1,500 downloads of apps.

The RAT has the basic features you’d expect from an Android threat: it can change, collect, or delete files, get photos, read SMS messages, get the device’s contact list, and make a list of all the apps that are installed.

The Android version of the 888 RAT can recognize and act on 42 different commands from the Command-and-Control (C&C, C2) server. As a result, the threat can do a wide range of bad things to devices it has infected.

888 RAT can also install a lot of spying programs on the device. These include taking random screenshots, taking photos, sending text messages, making phone calls, recording ambient sound and phone calls made on the device, using phishing to get the victim’s Facebook password, and more.

Just click the link and get the 888 RAT 1.2.4 full version. you can use 32bit and also 64bit Operating systems. This is Fully Portable you cant need to install it.

Which connection is most commonly used in RATs?

Most RATs today use a client connection to a command and control server to act as a middleman. This means that a server doesn't need to have an open port. All they need is unhindered access to the internet.

To use 888 Rat safely and securely, then you can fulfill those things,

Connect an APK to a server.
If you haven't already, install Java JRE and Java JDK.
Before using the RAT file below, you should always turn off your antivirus.
Send it in a few seconds.
Common error: If it says "Inactive," try the steps above again, but this time restarts your device. This should make it easy to solve the problem.

888 RAT is made so that a cyber expert can control a computer from afar, similar to how the Remote Desktop Protocol (RDP) and TeamViewer can be used for remote access or system administration.

888 RAT is a malware threat that has been around for a long time. In 2018, it was first sold on underground hacker forums.

Back then, it didn't do as much as it does now, and it was only used to target Windows devices. The original price for this version was $80. But soon after that, the people who made 888 RAT came out with a new version called Pro that could infect Android devices.

Later, there was also an Extreme version that could be used to build Linux payloads. The prices for these versions were $150 and $200. During this time, most cybercriminal gangs didn't use their 888 RATs. All of that changed when the Pro version was cracked and made available for free on a number of websites. 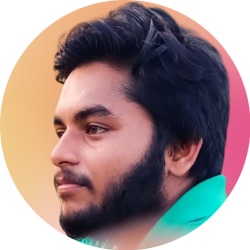